You Inspire Me: Steve Jobs 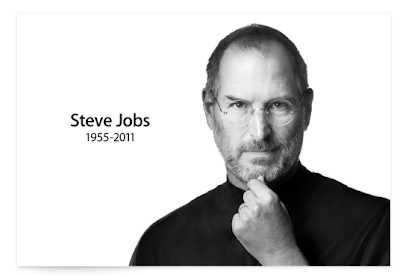 http://www.apple.com/stevejobs/
Wow I would have never known I would be so affected by someone's death who I would never know personally.  However my inner circle has always known how much Steve Jobs inspired me initially sparked by the speech he gave at Stanford.
After following his life story a little more closely I now realize what it is specifically that has inspired me about his walk...he lived his truth.  Steve Jobs is/was/will always be a warrior which makes him a kindred spirit of mine.  I have been in mourning since the news arrived in my email inbox.  I continue to be moved by the tremendous outpouring of love the world over.  A life well lived...
Share
Share on Facebook Tweet on Twitter Pin on Pinterest